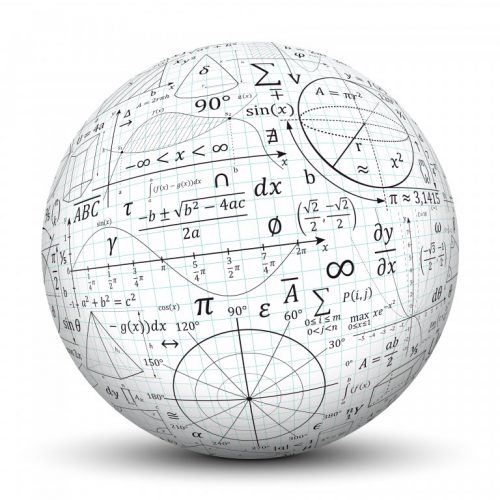 The September 2016 Inc. 500 just landed on my doorstep (my dirty little secret: I like paper). Some fun stats from successful Inc. 500 founders when asked what the thing is that concerns them most:

The greatest concern when starting their business? 43% said failure.

86% state that their primary goal is to scale.

Helping employees grow: 61% provide outside training to employees and 28% have leadership development programs. (Shameless plug: We can help with that!)

Startup – Alex Blomberg of NPR Planet Money fame starts a company and in Season 1 details what it is like to do so. Season 2 is with a different company (I haven’t listened to that one) and they’re in the midst of a new mini Season 3 revisiting his company’s progress. A recent episode, The Secret Formula gives a listen under the hood of their process. It’s a fantastic reminder that an awesome creation was first a shitty first draft followed by a ton of labor.

Reply All – Often unusual stories about the Internet, and often also about unintended consequences. I’ve learned about the French telephone book product that was basically an early version of the Internet, the origins of popup ads, scary facts about the computer fraud abuse law, a discourse on racism in which the app Yik Yak figures prominently.

Magic Lessons – Elizabeth Gilbert’s podcast that she released during the lead up to her book, Big Magic . In the first ten of 12 episodes she alternates from an episode in which she coaches someone on his/her creative challenge to an episode during which she talks with a friend about the previous week’s guest. The friends she speaks with include Cheryl Strayed, Rob Bell, Ann Patchett, Rayya Elias and John Hodgman. In episode 11 she circles back to the coachees and in the final episode she speaks with Brené Brown.

“A relationship with the right business partner can be just as meaningful — if not more so — than with a dating partner.”  – Nellie Akalp, mashable.com

Right on point!  The two points that resonated most with me here are 1. Find a cofounder who is willing and able to put in the same level of effort as you are; and 2. don’t let the excitement blind you to red flags.

I’ve seen founders thrown and disillusioned when they are putting their hearts and souls into a business while their cofounder is more stopping by to do some work.  Of course you must take into account people’s economic realities: if she needs to keep her day job until you’ve got some level of funding, figure out if a full partnership is really viable.  It may not be.  And it may take a few months until it is. Go in with eyes wide open. Answer the questions raised in Alkap’s mashable piece.

And the red flags? Just like in dating… If something bugs you now (or is a niggling doubt), it will only grow.  People are never better behaved than they are at the beginning of a relationship.  N E V E R.  Play the field a little.  Have discussions with the successful co founders you know to see how they make it work.

As with all big decisions, best to dip your toe in before you dive.

We’ve […] seen it happen again and again. When a woman speaks in a professional setting, she walks a tightrope. Either she’s barely heard or she’s judged as too aggressive. When a man says virtually the same thing, heads nod in appreciation for his fine idea. As a result, women often decide that saying less is more. NYT: Speaking While Female, 01.11.2015

Disappointing that this is still true.  I remember back in one of my first group projects in business school (in…errrr…1992), I was shocked when during a meeting a guy cut in, talked over me and repeated exactly the point I had made.  And no one seemed to notice.

Women emerging leaders I work with often want to work on their presence and on reacting to and counteracting this behavior in their male colleagues.  They also talk to me about how to appear and sound more powerful and how they need to ‘take up more room’ in group meetings. They read Amy Cuddy and view her TED talks.

I agree with Grant and Sandberg that we need more women leaders.  We also need to constantly support and push our existing women leaders to stand up for themselves while also looking for more opportunities for them to shine.

“One of the most underrated parts of the creative process is remaining vulnerable,” says New York Times bestselling author Brenè Brown.

I’m a big fan of Brené Brown. I loved both of her TED talks on vulnerability and shame. This keynote from the May 2013 99U conference (focused on making great ideas happen–derived from Edison’s 99% perspiration quote) is about dealing with critics.The talk is centered around Roosevelt’s 1910 “Man in the Arena” speech:

It is not the critic who counts; not the man who points out how the strong man stumbles, or where the doer of deeds could have done them better. The credit belongs to the man who is actually in the arena, whose face is marred by dust and sweat and blood; who strives valiantly; who errs, who comes short again and again, because there is no effort without error and shortcoming; but who does actually strive to do the deeds; who knows great enthusiasms, the great devotions; who spends himself in a worthy cause; who at the best knows in the end the triumph of high achievement, and who at the worst, if he fails, at least fails while daring greatly, so that his place shall never be with those cold and timid souls who neither know victory nor defeat.

As always, Ms. Brown delivers her message with humor and conviction.  She talks about the three critics we all meet: shame, scarcity and comparison and advises us to believe like she does, “If you’re not in the arena, also getting your ass kicked, I’m not interested in your feedback.