A friend sent me this animated RSA talk given by Dan Pink.  It’s similar to his 2010 TED talk with the spectacular addition of animation by the RSA folks.
[youtube=http://www.youtube.com/watch?v=u6XAPnuFjJc&color1=0xb1b1b1&color2=0xd0d0d0&hl=en_US&feature=player_embedded&fs=1]

The message: want creative, motivated employees? It’s not about the rewards–it’s about finding ways to tap into their intrinsic motivation.

I’ve just finished watching this brief TED Talk with Tom Wujec about the “marshmallow challenge.”   It’s a collaboration and innovation challenge that asks participant teams to build the tallest structure they can in 18 minutes.  Their building tools?

Are you surprised that newly-minted MBAs suck at the task (too much focus on devising the perfect plan and no backup)? Or that recent kindergarten graduates excel (their view: lead, schmead…Let’s start with the marshmallow and keep going ’til something works)?  Bet it’s no shocker that CEO groups do slightly better than average (it’s their job to solve sticky ambiguous problems).

For me, the magnificent moments of Wujec’s talk surround the  addition of executive admins and the limitations of incentives.

Newsflash: Sounds like, “Success = Flow.”  Hey, maybe we should strive to find ways to get our teams, work groups and emerging leaders to achieve this state that encompasses single-minded motivation, and a mindset in which all members are completely engaged, engrossed and fully immersed in the task at hand. What might that look like?  And while we’re at it, how about we create and continuously promote environments that balance challenge and skill (the former slightly exceeding the latter), consistently provide clear goals and timely feedback, and pay attention to how we’re getting the job done?

Seems like a sensible way to build successful, sustainable, collaborative structures.   And ones where sticky stuff doesn’t topple down from the top.

This is an awesome TED talk by Dan Pink.  He’s talking about the science of motivation and tells us that there’s a mismatch between what science knows and what business does. He goes on to say that traditional motivators are great for compliance but are crap for engagement.   Self direction works better.  Intrinsic motivation.  An approach that includes autonomy, mastery and purpose.
[ted id=618]
The same goes for managing your career and is what career stewardship is all about.  We all have autonomy when it comes to the directions our careers take.  How can you better express yours?  Where can you seek mastery?  What is your purpose?

A wine steward provides suggestions on wine.  He or she is intimately familiar with the wines on offer — the intricacies of their composition, how they sit on the palate, what they pair well with and so on. A key difference between a wine steward and a career steward (aside from, uh, the wine) is that you can rely on someone else to provide you with guidance on your selection.   You must be your own career steward.  You know yourself best and are in the best position to identify how different career choices and options will sit on your palate (and with the life choices you are most interested in making). 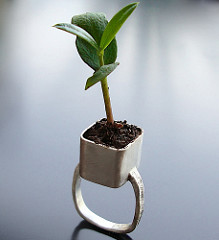 Career Stewardship: kə-ˈrir, stü-ərd-ˌship: the conducting, supervising, or managing of one’s work or calling; especially : the careful and responsible management of one’s professional activities and direction.

What would it look like for you to move your career forward intentionally on your own — knowing what you know, what you are currently known for and what you want to be known for in the future?

This morning as I was pondering my day, this thought popped into my head: Begin with the end in mind.  I recognized that this pithy and perfectly formed mandate was unlikely to have come from my brain first.   In fact, I was sure it had come from one of my standard go-to books, Dale Carnegie’s How to Win Friends and Influence People yet a quick review of Dale Carnegie’s Golden Book proved me wrong.  Google gently reminded me that it is one of Stephen Covey’s Seven Habits. Number two in fact.

In transitions, beginning with the end in mind can have a profound effect.  As a filter, a planning tool and a driver of everything you need to do.

Here are some thought questions to identify the end you have in mind, or to consider while determining just what that end should be:

Don’t fret too much if you don’t have all the answers.  If you start to worry, take a suggestion from my friend Dale: Fill your mind with thoughts of peace, courage, health and hope.